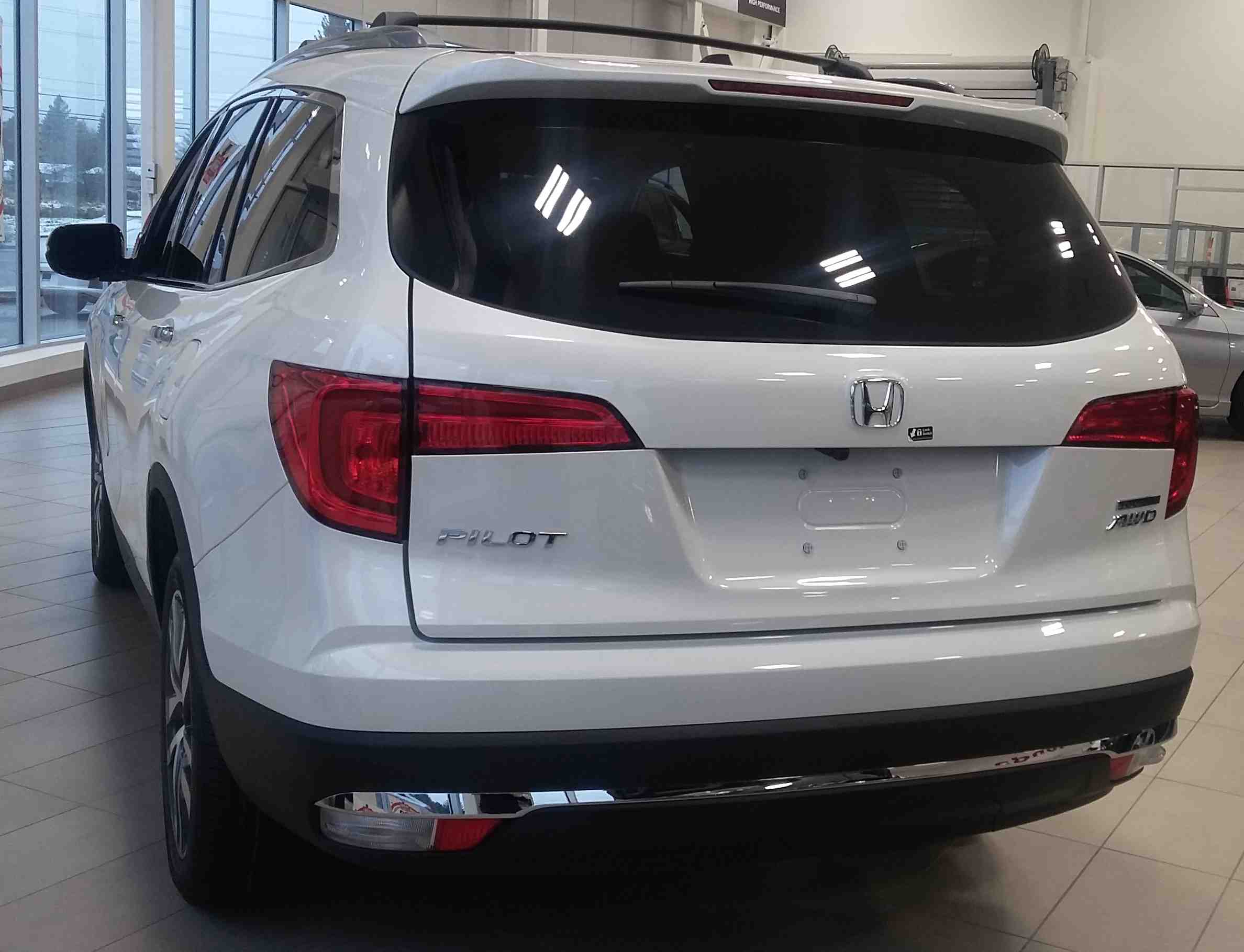 If you’re looking for a new family vehicle, then you’ll want to explore this 2016 Pilot which is on display in the Dow Honda Showroom! This 2016 Pilot comes in the fully-loaded Touring trim level. It is shown in the White Diamond Pearl paint colour with a black or beige leather interior. Under the hood, it has a 3.5L, 24-valve, Direct Injection, SOHC, i-VTEC V6 engine with a 9 speed automatic transmission. Its towing capacity is 1588kg or 2268kg. 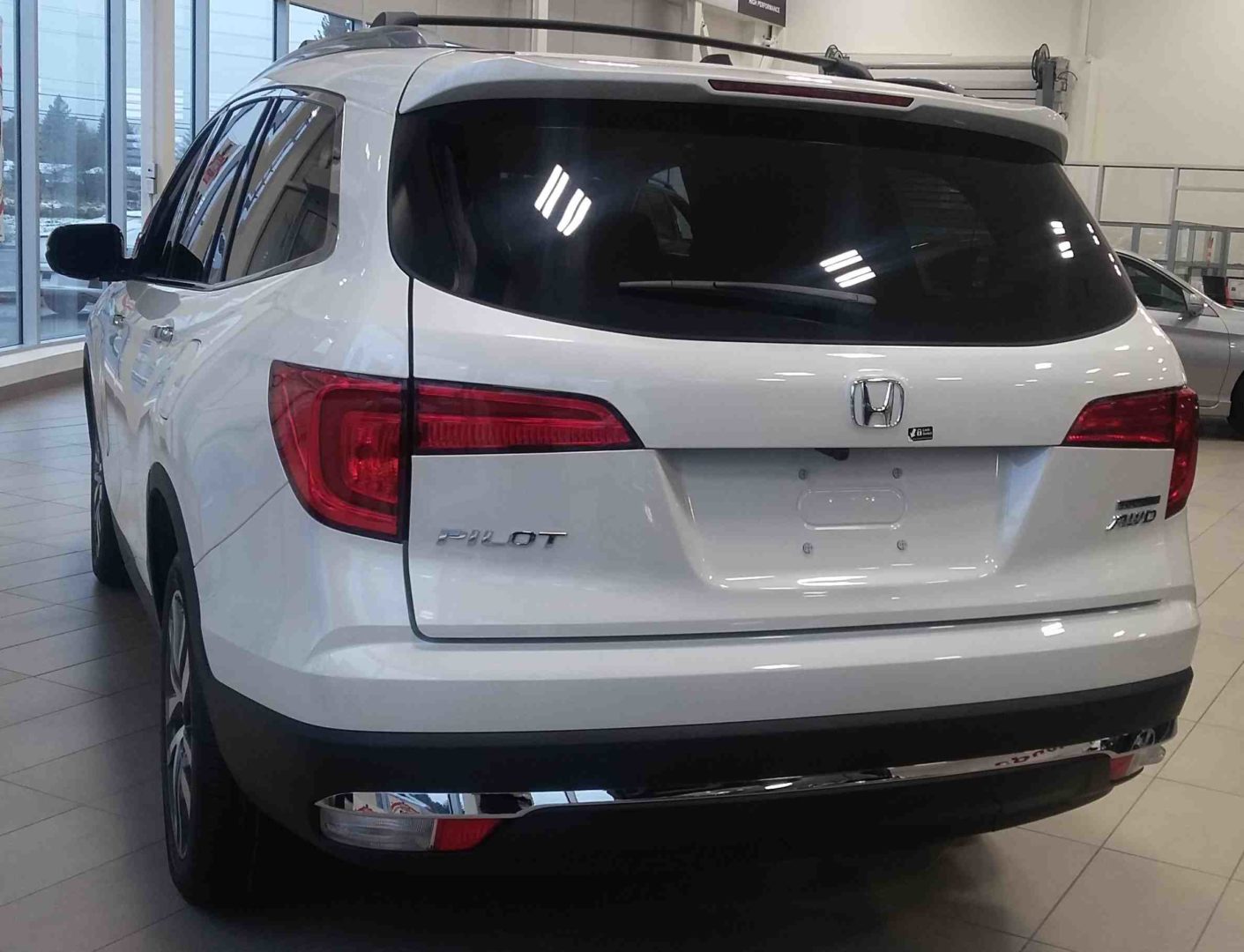 The Touring trim level is the only one in the Pilot lineup to come equipped with 20 inch aluminum-alloy wheels. It also has chrome door handles and body-coloured (heated) side mirrors. The 2016 Pilot is serious about keeping a quite cabin; it features an acoustic windshield and glass, and active noise cancellation. Other Touring exclusive features include a panoramic moonroof, heated front seats, second row captain’s chairs, and steering wheel. 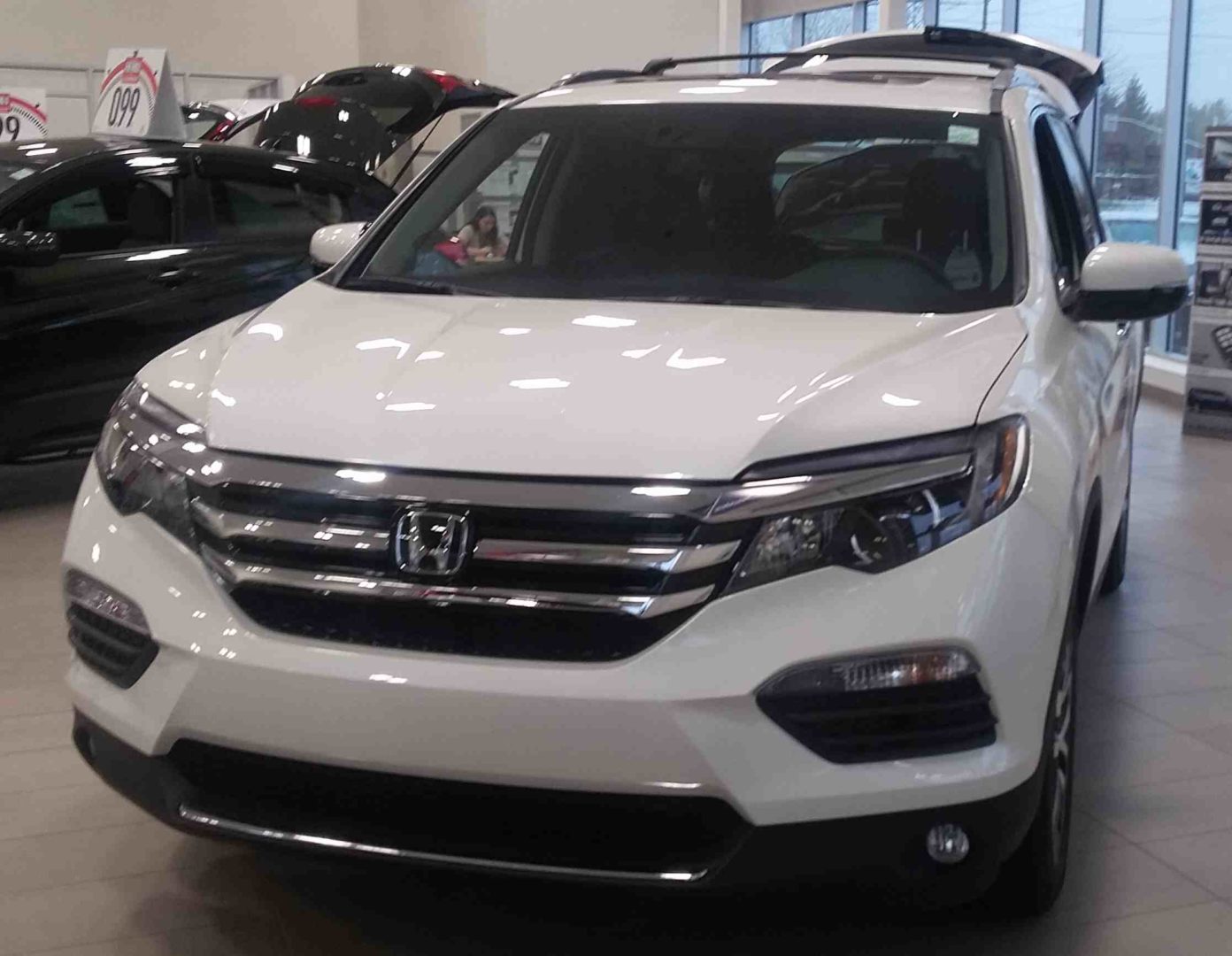 The 2016 Pilot is filled to the brim with Honda’s best entertainment technology. It comes with the Honda Rear Entertainment System and Blu-ray player, and a Display Audio System with the Honda Satellite-Linked Navigation System. Safety won’t be a concern, thanks to the Pilot’s Honda Sensing bundle. In addition, this Pilot comes with proximity key entry, pushbutton start, and a power tailgate. It is also equipped with five USB connectors, Bluetooth HandsFreeLink, and Wi-Fi tethering.

Want to learn more about the 2016 Pilot?