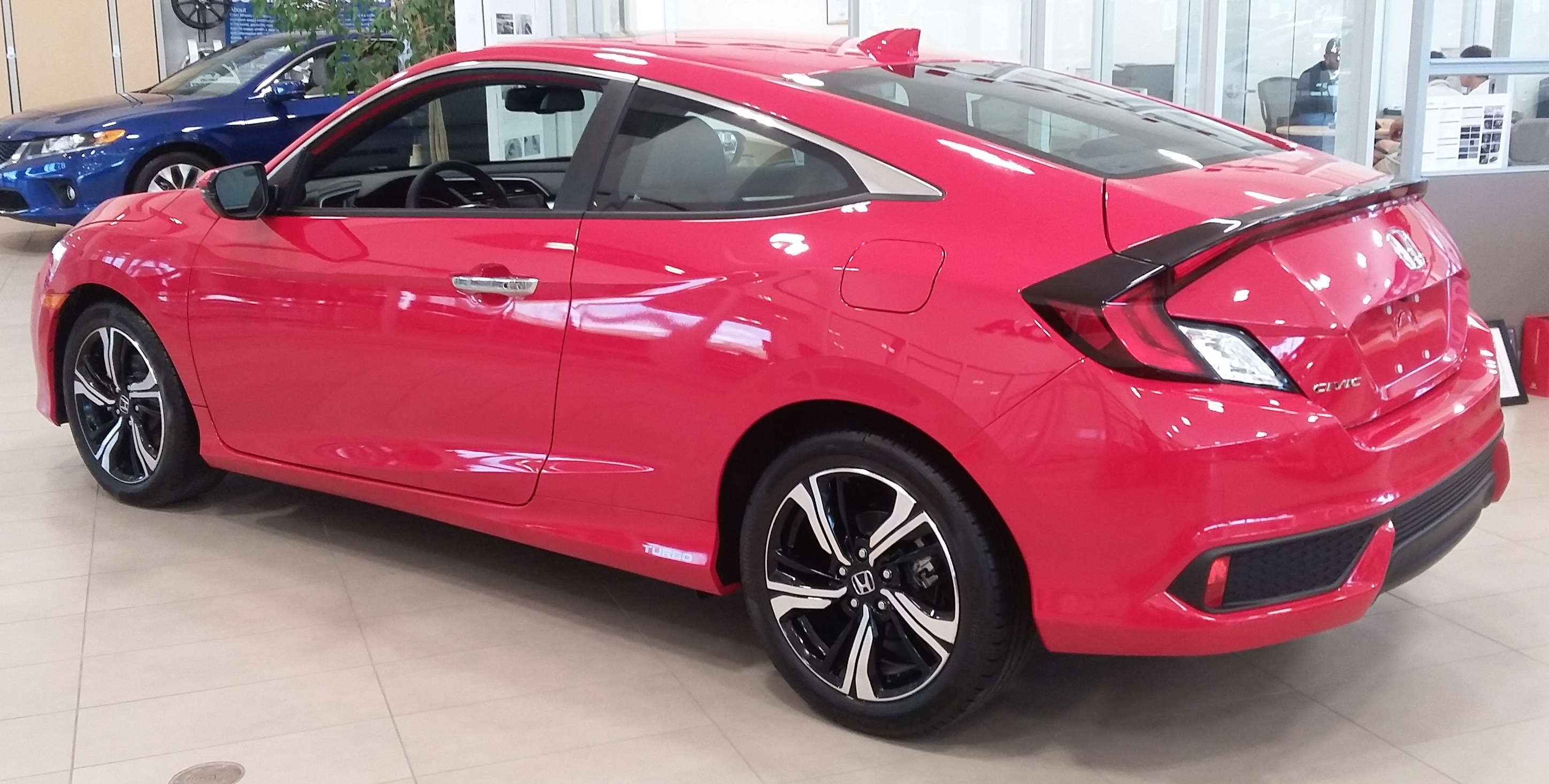 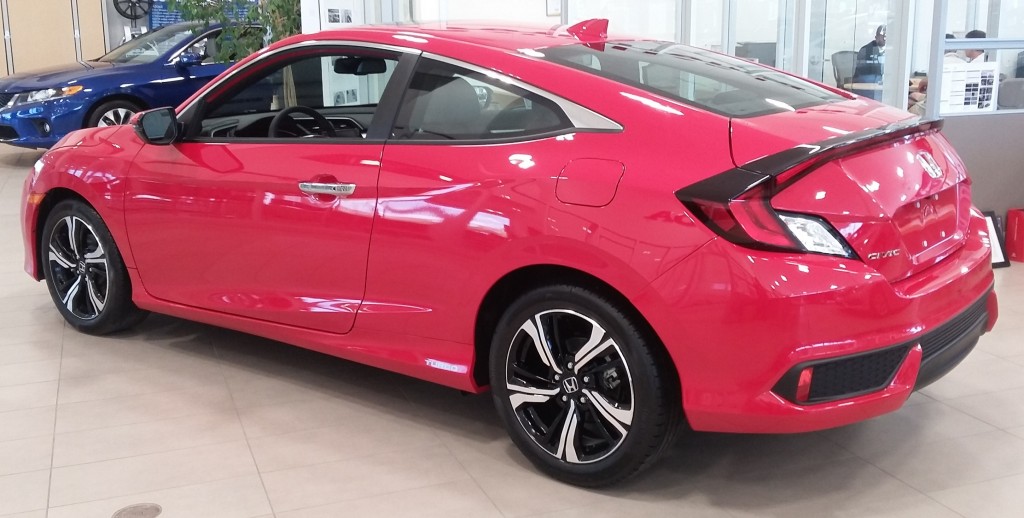 If you have wanted a closer look at the 2016 Civic, then you will love this Civic Touring Coupe! This fully loaded coupe comes in an eye-catching Rallye Red, and features grey leather trimmed seats. 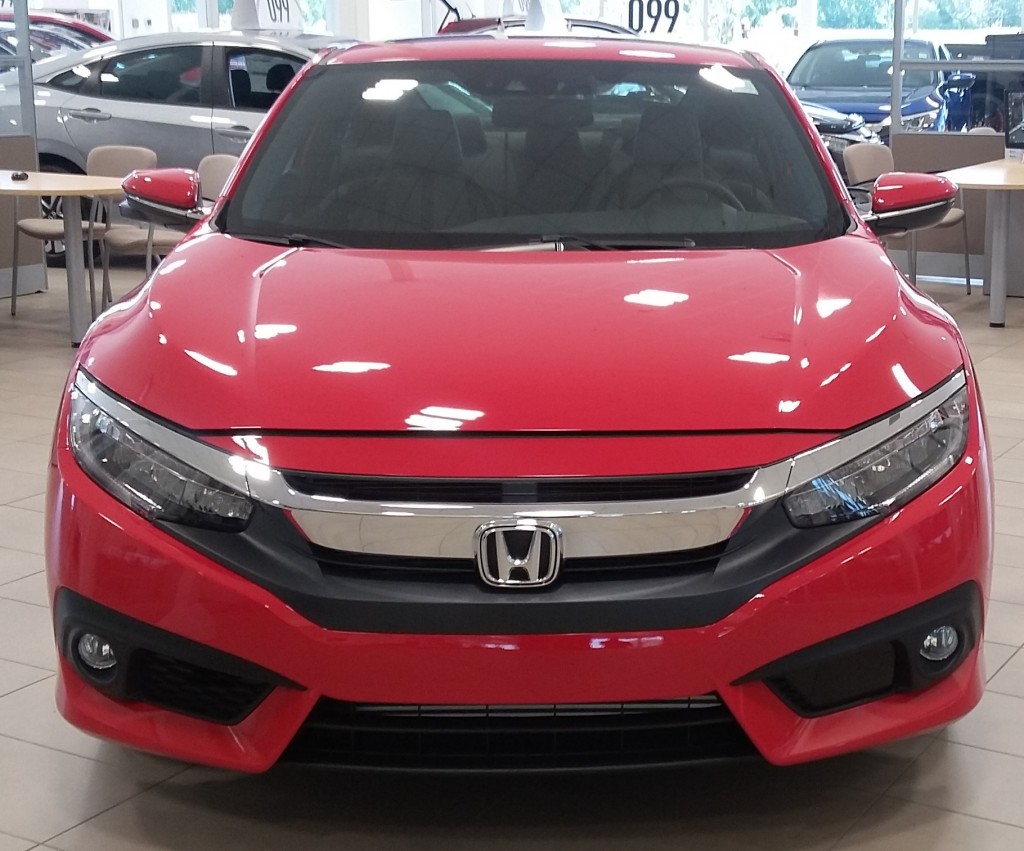 Under the hood, it boasts a 1.5L, 16-valve, Direct Injection, DOHC, turbo-charged 4-cylinder, 174hp engine. The 2016 Civic keeps an excellent fuel economy of 7.5/5.6/6.7 L/100km (city/highway/combination) thanks to its Continuously Variable Transmission, ECON Button, and Eco Assist.

The 2016 Civic Touring features a Display Audio System with the Honda Satellite-Linked Navigation System. You can also access your favourite apps with ease, through Apple CarPlay and Android Auto. Other tech features include a wireless charging station, multi-angle rearview camera, LaneWatch blindspot display, and a remote engine starter. 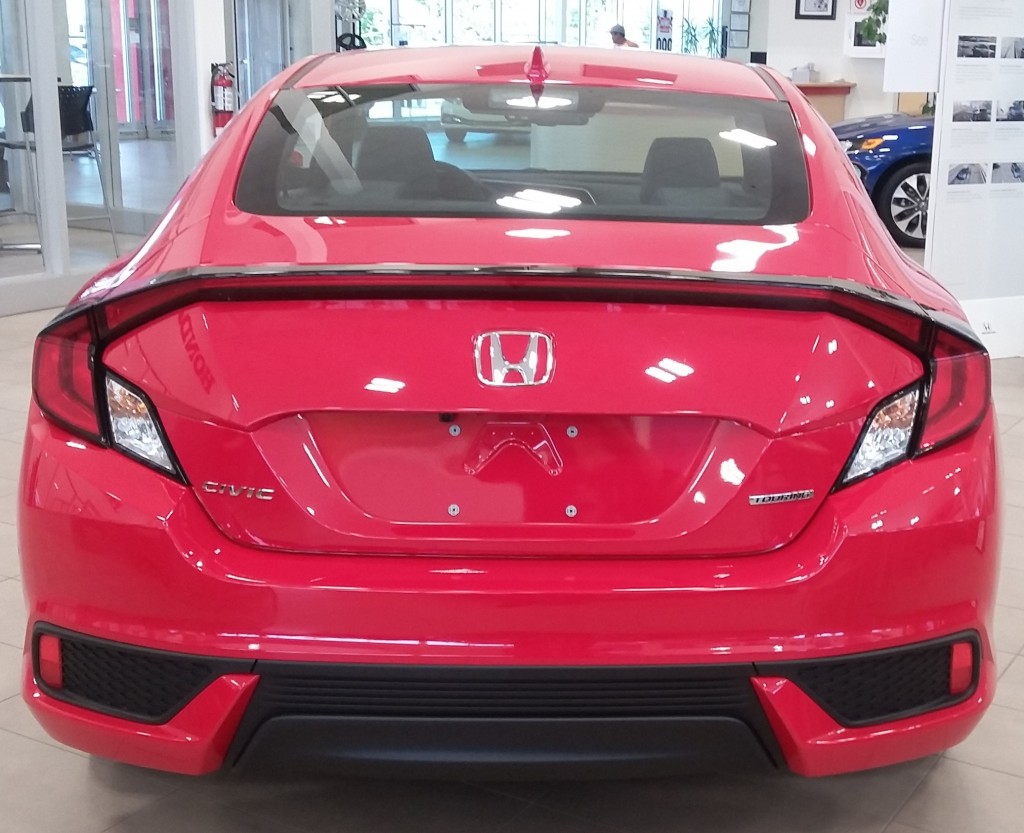 The 2016 Civic can easily store all of your cargo, with the help of its folding Magic Seats. Safety won’t be a concern either, since the Touring trim level is equipped with the Honda Sensing bundle of safety features.

If you would like to see this 2016 CIvic in person, come and see it in the Dow Honda Showroom today!